Succulent Dark Green house plants in the small bedroom stretched out.  The curtains moved in the delicate breeze. Water felt it was hot. She was lying as she had been created, in Fire’s arms.  Fire felt how Water cooled him yet wasn’t able to extinguish him; he felt something very thirsty within him find a sup of refreshment.  But with every sup a little part of him died.

Water, said Fire, do you know what I treasure most in a woman?  Water shook her shoulders and smiled.  To tell the truth she had forgotten what woman means.  She only felt a warm agitation on her surface, she wanted to move, sway, ripple and lap, and for a long time she felt how much she still had to learn.  I don’t know, she said, what then?

I think, said Fire seriously, the important thing for a woman is to be naturally bashful.

Naturally bashful, naturally… what?  Water tried to think but she had forgotten where her head is.  She tried to taste what she’d just heard with her tongue.  Maybe it was poisonous.  Deep within her Water suddenly felt a whirlpool arise, a dark, bottomless centrifuge that tore her away from Fire’s arms.  Fire flared again with a lighter flame, Water cooled a bit and managed to think a bit more clearly.

Fire eyed water, who was only just collecting herself and settling down again form the effects of the whirlpool.  You probably aren’t… naturally bashful, he said and cast a few sparks onto Water’s still frizzling surface.  Water swallowed and caught the sparks in silence.

Water looked inside herself.  She was used to cooling and warming.  She felt that she lived with every drop and wasn’t even afraid of drying up, for whatever dried on land turned into water vapour and soon rained down again from the sky.  She was used to going where she could – sometimes as a narrow little rill, other times as a raging river down rapids to a big whirling waterfall, to fall… fall, casting off her own heaviness and clarity, to thrash about and roar and then… in a totally different form somewhere up high to flow on quietly, very quietly.  What does bashful mean, what does natural mean, what does woman mean?  Water didn’t know the answers to those questions and wondered to herself if Fire had ever understood her free-flowing nature at all.

Fire stretched out towards Water and felt that she was cold and obviously so sad that she didn’t even sizzle.  He tried a different tack – But for all that you’re daring, he said, and I like that very much.  I like the way you attack me.

Water smiled a little and lifted her eyes.  Who’s bashful, who’s natural, who’s a woman?, she asked, and looked into Fire’s blood-red-heart.

Whoever still knows how to blush, Fire answered without too much thought, and saw with a start how water’s grey-blue eyes filled with tears.  There’s nothing red in me, Water thought to herself, utterly downcast, and became very still and clear, like those who are faced with great pain that will not ease.  Look! whispered Fire, You’re blushing!

Fire’s flame reflected against Water’s clear cheeks.  And those two restless primal elements lying next to each other did not dare to move, for they were afraid of losing at once that uplifting agitation that is only imparted to those who are very clear.

Then the redness faded.  Water breathed deeply and understood that it had only been a beautiful moment.  The beauty of that moment was only spoilt by the fear that for Fire it may have been too beautiful and too important.

To be able to love you I have to know who I am, said Water.  If I deceive myself with the thought that there’s red in me, that I can blush, then…

Suddenly Fire understood.  He caressed Water and Water had to call up all her strength to withstand Fire’s powerful grip.

The scent of dry unmown grass drifted into the room they were lying in.  Normally Fire wanted to set this alight immediately.  This time he waited.  Outside a bashful drizzle of misty rain started which quickly turned into a huge downpour.

This, and other stories by Kristiina Ehin, are available to buy here. 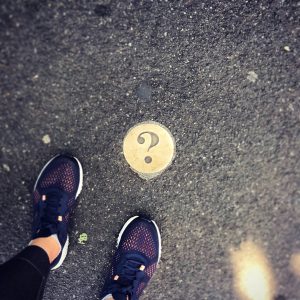